William E. "Bill" Coleman, III, age 77, of Lawrenceburg, TN, passed away Saturday, January 14, 2023, at The Summit of Lawrenceburg in the presence of his wife Janis.  Bill had been battling cancer for the past two years.

Bill was preceded in death by his parents, William E. Coleman, Jr. and Josephine Calvo Coleman. He is survived by his wife, Janis B. Coleman, brothers, Michael Coleman (Vicki) of Fairview, TN, Andrew Coleman (Selene) of Nashville, TN, and Ronald Coleman (Robin) of Franklin, TN.  He is also survived by his nieces, nephews, and cousins.

A graduate of Father Ryan High School Class of 1963 and MTSU in Murfreesboro, Bill began his career in law enforcement shortly after finishing school. He is a graduate of the FBI National Academy in Quantico, VA. Bill was a Special Agent with the Tennessee Bureau of Investigation (TBI) and served in Chattanooga, Livingston, and Fayetteville, before settling in Lawrenceburg, TN, where he continued with the TBI until his retirement in 1987.

Bill was an avid hunter and enjoyed his annual pheasant and dove hunts with friends and colleagues for many years. He was a licensed pilot and owned an aircraft with friends. Bill and Janis also enjoyed skydiving and spending time on their sailboat in Fort Walton Beach, FL.

He was also a proud member of the Bobby Burns Scottish Society in Chicago, IL for over twenty years and looked forward to their annual get together each year.

Arrangements are being handled by Neal Funeral Home, 231 N. Military Avenue, Lawrenceburg, Tennessee.  There is no service or visitation planned at this time. He, and his wife, Janis ask that you send any memorials to the National Cancer Society or your local cancer society.

To send flowers to the family or plant a tree in memory of William E. "Bill" Coleman, III, please visit our floral store. 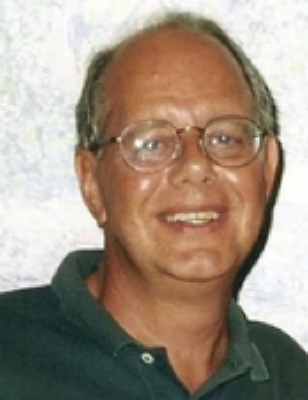 Look inside to read what others
have shared
Family and friends are coming together online to create a special keepsake. Every memory left on the online obituary will be automatically included in the book.

Family and friends are coming together online to create a special keepsake. Every memory left on the online obituary will be automatically included in the book.

You can still show your support by sending flowers directly to the family, or by planting a memorial tree in the memory of William E. "Bill" Coleman, III
SHARE OBITUARY
© 2023 Neal Funeral Home. All Rights Reserved. Funeral Home website by CFS & TA | Terms of Use | Privacy Policy | Accessibility